ResearchWorks: The Drama of Dissection 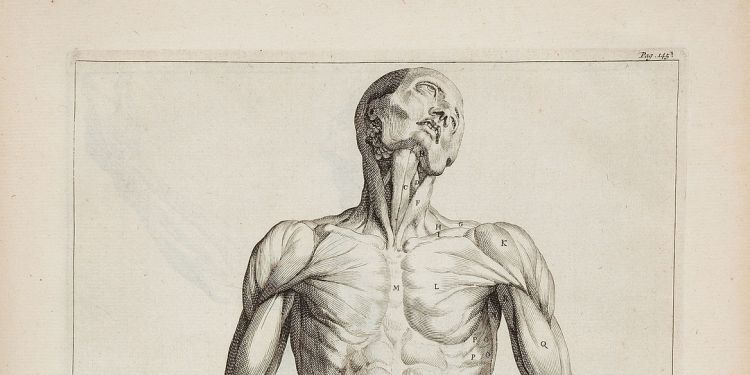 The Drama of Dissection is a performance-based investigation of human anatomical dissection. The project involves creating a performance about medical students' first encounters with human cadavers in the iconic Dissecting Rooms at King's College London. Through this, it considers how such encounters contribute to the formation of medical professional identity, influencing how doctors perform their role.  Human anatomy has a cruel history, associated with body snatching, the desecration of human dignity and the objectification of the human body. However, rather counter-intuitively, the project findings suggest that in the medical school, dissection plays an important role in instilling values of person-centredness, care and empathy among future doctors.

Dr Alex Mermikides is the D'Oyly Carte Senior Lecturer in Arts and Health in the medical school at King's College London. She has published on contemporary theatre-making (Devising in Process (Palgrave 2010), Lightwork - Texts on and from Collaborative Multimedia Theatre (Intellect 2022)) and on the interface between performance and medicine (Performance and the Medical Body (Methuen Bloomsbury 2016) and Performance, Medicine and the Human (Methuen Bloomsbury 2020)). She runs Chimera, an arts/research network founded in 2012 with an award from the Arts and Humanities Research Council. Through this, she creates performances on medical themes, often working in collaboration with medical specialists and patients. Her work has been featured in The Guardian, Times Higher Educational Supplement and on This Week (BBC Radio 4).

ResearchWorks: Musicianship in Auditions for Music Therapy Training - How is it constructed, performed and assessed?

In this session Donald Wetherick will present findings from his PhD study of the audition process for the MA Music Therapy training at Guildhall School.

ResearchWorks: Carnival Bodies and the Politics of Contagion: Shame, Absence and the Performance of Place in Crisis

Patrick Duggan is an interdisciplinary performance studies scholar; he is Head of Theatre and Performance, and Associate Professor of Performance and Culture at Northumbria University. His research explores cultural production as a means of investigating the world, as well as object of analysis in it.

This presentation examines some of the patterns that knit together Ebert’s version of Schumann's Cello Concerto with other substantially altered versions from the private collections of later cellists, as well as the more modestly altered versions that were published as performing editions when the initial copyright expired in the 1880s