Guildhall offers some of the most stimulating and creative training for composers available in the UK. Our guiding principle is that composers should develop in collaboration with technically-proficient, sympathetic instrumentalists under the expert guidance of experienced practitioners. 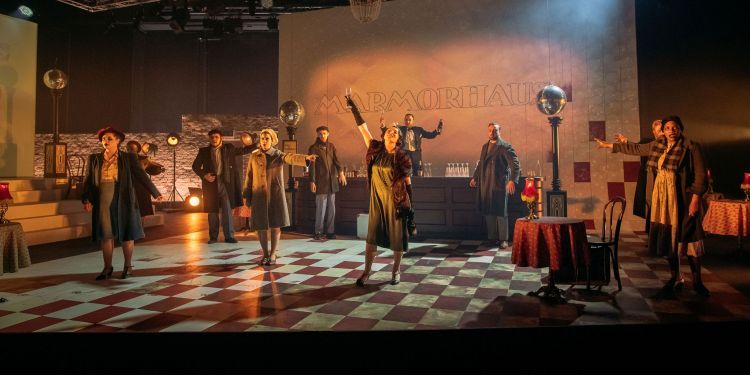 You are viewing: About Composition at Guildhall

About Composition at Guildhall

Guildhall offers some of the most stimulating and creative training for composers available in the UK. Our guiding principle is that composers should develop in collaboration with technically-proficient, sympathetic instrumentalists under the expert guidance of experienced practitioners. Our commitment to developing your unique voice as a composer means that we will workshop every composition that you write.

By studying at a conservatoire you will benefit from a range of unique opportunities. These include access to performers, an outstanding faculty of professional composers distinguished in a wide-ranging field of compositional activity, specialism and artistic approach, and a host of external partners. You will be based in a lively arts complex, and our focus on innovation and collaboration will help you take full advantage of Guildhall’s multidisciplinary environment, working within a constant cross-departmental flow of ideas, skills and creativity.

Find out more about Composition training at Guildhall from our students and staff in the video below.

Guildhall School’s undergraduate Composition pathway is intended to support your creative development as a composer, whatever your interests or sources of inspiration. There is no ‘house style’; we are not looking for one kind of composer. Consequently, our community of student composers is very diverse, but with a shared sense of commitment, purpose and mutual respect.

The BMus Composition programme is built on two complementary strands of academic activity: Original Composition and Techniques. Original Composition activity follows a four-year trajectory that builds from small-scale chamber projects in Year 1 (monody, duo, voice and instrument, percussion ensemble), through the more ambitious demands of working with wind quintet, string quartet and 14-piece ensemble. The programme culminates in Year 4 with works for full orchestra, vocal ensemble and live sounds and electronics. All compositions are workshopped either by your fellow students in the School or by professional, world-renowned visiting ensembles and soloists.

The Techniques strand is intended to equip you with a high level of skill and expertise in the craft and technique of musical composition. In the first two years, topics range from Harmony and Counterpoint to Pastiche Composition; 20th Century Materials explores core concepts in 20th and 21st century harmonic and rhythmic practice and provides practical experience of working with percussion. In addition, a Creative Ensemble element will challenge you to collaborate in a performing ensemble, offering a chance to engage with ideas and possibilities of experimental, and often transmedial, practice. Topics in Years 3 and 4 range more widely and include Aesthetics, Workshop Skills and Orchestration. In all four years of Techniques work, you will also take classes in Electronic Music and Analysis.

At the heart of the programme is the workshop process. We make a commitment to workshop every piece that you write, from your first exercises for one or two instruments, to full ensemble and orchestral pieces in your third and fourth year. This programme thrives on close partnerships with other Guildhall School departments, and all undergraduate composers are encouraged to develop their skills and experience by working collaboratively as creative artists.

Read more about our postgraduate specialism in Composition.

Read more about the new MA in Opera Making and Writing, in association with the Royal Opera House. 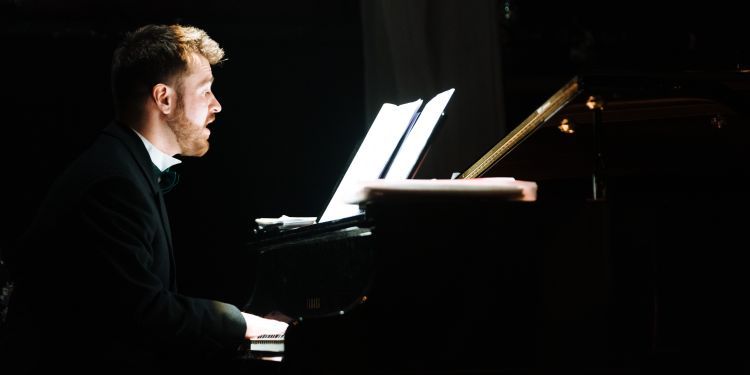 Owing to the School’s location within an international arts venue, distinguished visiting composers pass through our doors regularly, giving masterclasses, seminars and individual lessons to our students. The department enjoys close working relationships with a number of external partners including the Royal Philharmonic Society, Royal Opera House, London Contemporary Dance School and the Wigmore Hall, organisations such as Sound and Music, new music ensembles such as Exaudi or Chroma, orchestras such as the BBC Symphony, London Symphony or Aurora orchestras, and festivals such as Spitalfields Festival.

In 2015, Na’ama Zisser was appointed as Philip Venables’ successor as Guildhall School/Royal Opera House Composer-in-Residence. Her new opera, Mamzer Bastard, exploring the relationship between Jewish Kantorial singing and traditional operatic singing, was staged by the Royal Opera House at Hackney Empire in June 2018.

Philip Venables’ new operatic version of Sarah Kane’s 4.48 Psychosis received its world premiere at the Lyric Hammersmith in May 2016, in a new production staged by the Royal Opera House, and went on to win the UK Theatre Award for Achievement in Opera, the Royal Philharmonic Society Award for Large-Scale Composition, and a British Composer Award. Venables’ latest work, The Gender Agenda, premiered at the re-opening of the Queen Elizabeth Hall, before performances across Europe.

Oliver Leith has had works performed by the Philharmonia Orchestra, the Orchestra of Opera North, and London Sinfonietta. He is a participant in Sound and Music’s Next Wave scheme and a member of the LSO Soundhub scheme. In 2014 he was awarded a Royal Philharmonic Society Composition Prize, and in 2016 won a British Composer Award.

Edmund Finnis has enjoyed particularly close associations with the London Sinfonietta, who have variously performed, toured and recorded six of his works, and the London Contemporary Orchestra, with whom he was Composer-in-Association from 2013 to 2016. In 2017, his orchestral work The Air, Turning received its premiere by the BBC National Orchestra of Scotland, conducted by Ilan Volkov. Finnis received a Paul Hamlyn Foundation Award for Artists in 2012, and was Composer-in-Residence at the 2013 Chelsea Music Festival in New York City.

Mark Simpson is Composer in Association of the BBC Philharmonic. His oratorio The Immortal was premiered by the BBC Philharmonic at the 2015 Manchester International Festival to immediate critical acclaim. Other works with orchestra include Israfel, premiered by the BBC Scottish Symphony Orchestra, sparks commissioned for the 2012 Last Night of the Proms and A mirror-fragment… written for the Royal Liverpool Philharmonic Orchestra. His first opera Pleasure was commissioned by Opera North, the Royal Opera and Aldeburgh Music and premiered in 2016. His music is published by Boosey & Hawkes.

Francisco Coll made his BBC Proms debut in 2016 with Four Iberian Miniatures for violin and chamber orchestra by Augustin Hadelich and the Britten Sinfonia under Thomas Adès. The same year saw the premiere of Mural by the Orchestre Philharmonique Luxembourg under Gustavo Gimeno, and a new Harpsichord Concerto for Mahan Esfahani and Britten Sinfonia. Coll’s opera Café Kafka received its London premiere at the Royal Opera House in 2014. His music is published by Faber Music.

Matthew Kaner was BBC Radio 3’s Embedded Composer in 3 during their 70th anniversary season in 2016; his residency involved the writing of over ten new works, which were premiered on air throughout the period. His orchestral work Encounters was premiered at the Lucerne Festival in 2017 with Jeffrey Means and the Festival Academy Orchestra. Matthew was the recipient of a Roche Young Commission from 2015-17, and won the Royal Philharmonic Society Composition Prize in 2013. He is a professor of composition at Guildhall School.

Pavlo Beznosiuk and Stephan Loges lead students from the Historical Performance and Vocal departments in a programme of Bach, Fasch and Handel.

What is needed and what can music higher education institutions do?

The Harp Department present their evening concert of harp solos and ensembles.

Read biographies of our Composition staff.

Find out more about the audition process and requirements for Composition.

Attend one of our Music Open Days to find out more about the opportunities available at the School, and discuss the training with teaching staff, current students or recent graduates.