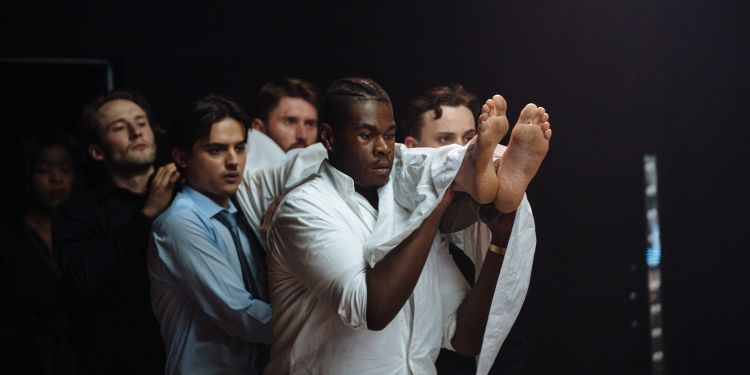 Lightwork: Texts on and from Collaborative Multimedia Theatre

Published in May 2022, Lightwork: Texts on and from Collaborative Multimedia Theatre, co-edited by Andy Lavender and Alex Mermikides, is a volume of performance texts and commentaries by members of a noted experimental theatre company, Lightwork. Lightwork specialised in collaboratively created and multimedia performance, exploring a number of performance forms (verbatim, site-specific, etc.) that emerged at the turn of the twenty-first century. This collection reflects the School’s research interests in the interrelation of page and stage, process and production, text and ‘non-text’, and the importance of scenography, sound design and technical operation in creating cutting-edge performance alongside directing, writing and acting. For more on new kinds of theatrical performance, see Andy’s book, Performance in the Twenty-First Century: Theatres of Engagement