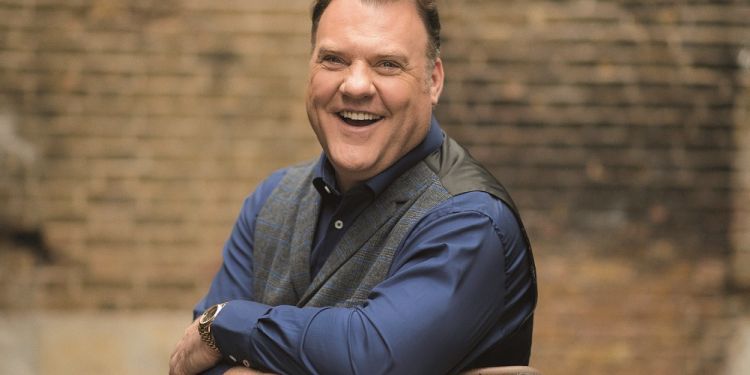 Sir Bryn Terfel CBE has established an extraordinary career, performing regularly on the prestigious concert stages and opera houses of the World. A Grammy, Classical Brit and Gramophone Award winner, Bryn was made a Commander of the British Empire (CBE) for his services to Opera in 2003, was awarded the Queen’s Medal for Music in 2006 and received a knighthood for his service to music in 2017. He was the last recipient of the Shakespeare Prize by the Alfred Toepfer Foundation and in 2015; he was given The Freedom of the City of London.

We asked Bryn how his Guildhall training has influenced his career today.

The main reason for my application to the School was that Sir Geraint Evans had studied there and he had Arthur Reckless as his teacher. Arthur was still teaching at the School and unbeknownst to me, he was earmarked as my teacher. Fate brought us together for three wonderful years.

The second reason was that I had written a letter to Iona Jones, who was a young soprano studying at Guildhall. She wrote back with a glowing report of every aspect of college life and what immense opportunities London gave to a young up and coming performer.

Can you tell us about your audition - were you nervous?

Of course I was nervous. As nervous as I had ever been, even though I was an Eisteddfod stage animal! Singing the songs and the arias went really well but I was a tad nervous about reading the Dylan Thomas poem I had chosen. The expectations of my parents was also on my mind, our very first trip to London outside our square mile. That letter from Iona Jones certainly helped.

Where were you when you found out you got into Guildhall?

I was home in North Wales on the farm in Pantglas. I received the letter from Guildhall and a foundation grant before I sat my A levels. I was thankful for that, I actually think I did better in my exams knowing I had my place at the School.

What were your first impressions when you arrived? Was it what you expected?

I had a tremendously confident reaction to my first visit to Guildhall and being there as a student did not disappoint. I enjoyed every aspect of the possibilities the School presented. I had absolutely no expectations arriving from North Wales and being in London was full of energy and experiences. From opera to rock concerts to museums and music theatre, it was all there, on a plate.

How has the training influenced your career?

The AGSM performers course was a clean slate for me, everything that was within the course presented clearly what the life of a performer would be. The library became my constant companion. All the song classes fed that reality of having to learn repertoire. Movement classes, language and interpretation classes were a crescendo of building ammunition for the future. Reflecting back, I think could have been more savvy looking out for grants and foundation money during my five years!

What aspects of the training did you particularly enjoy and not enjoy?

I loved being in the library exploring the entire vocal repertoire and listening to past and present singers. At the time, I really did not enjoy constantly learning new songs but I tell you what, I enjoyed performing them after all the hard work and dedication.

I confess, I really did not have the skills for tap dancing, it was certainly fun and it kept a level of fitness, but, my dancing career was over in year one. I would certainly change one element that was lacking in my London life. A gym. I should have joined a gym for that mental and physical strength. I should have bought a bike to explore the city. I also think I should have explored evening classes, certainly German would have helped, the Goethe institute should have been my first stop beginning of the third year as my singing teacher always hinted.

What elements of the training do use now that you are a professional singer?

I constantly use the languages I studied at Guildhall; German, French, Italian.  Those songs that I learnt year after year are now a staple diet and always a joy to return too. Our General Musicianship class professor Alan Hazeldine always pushed his students to play the piano and as singers have a set routine for scales to warm up the voice before a performance. A simple task that I now use nearly every day.

Sadly the repertoire we performed on the opera course stage have never returned in my singing life but that one year of operatic stage craft was priceless.

What one piece of advice would you give to someone auditioning for Guildhall?

Without a doubt perform pieces you are accustomed to and enjoy singing. Anything that creates that element of being relaxed will be something you can rely on for the future.

Would you like to take part in the next alumni Q&A? Get in touch: alumni@gsmd.ac.uk