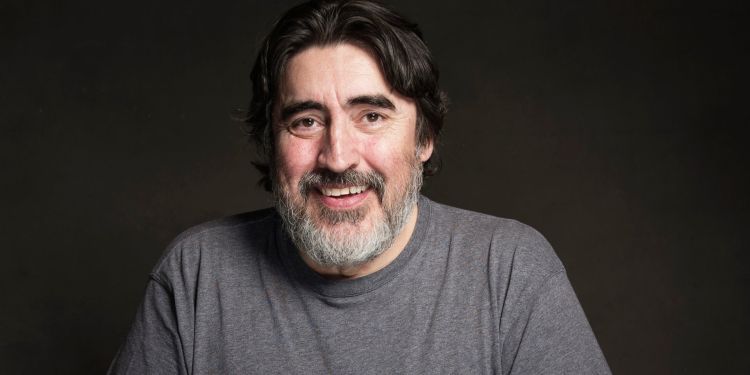 Alfred Molina has appeared in over 200 film, television, and stage productions. He first rose to prominence in the West End, earning a Laurence Olivier Award for his performance in the production of Oklahoma!.  Molina’s work on screen has seen him nominated for a Golden Globe, a Primetime Emmy, a BAFTA, five Screen Actors Guild Awards, four Tony Awards and many more.

We caught up with Alfred to find out how his experiences at Guildhall have shaped his career today.

What do you remember most about Guildhall School?

I graduated in 1975. My first term started in 1972 and I was 19. It was the early days of the acting department and we were some of the first students to complete the three-year course.  We weren’t located in the Barbican then, instead the acting department was in the old City of London Girls School. The old building had loads of charm, a beautiful staircase, loads of cubby holes and a lovely auditorium, it wasn’t very big but it was a good space to work. Loads of charm but no facilities.

When we graduated the acting department transitioned to the Barbican. Virgina Synders was the Head of Department at the time and she invited us back to look around. We were incredibly jealous! The facilities were amazing -  sprung floors, rehearsals rooms, performance spaces. And it had a coffee shop! In the old place we had a canteen where you couldn’t guarantee if it was open or not, with two dry steak and kidney pies under a heat plate. I remember thinking – if only I had taken that gap year…!

What are your favourite memories of the Acting course?

At Guildhall, we dedicated our day to acting – it was the only thing I had to think about; acting, plays, character and getting better at what I did, and with a group of people who were all after the same thing. I remember having a lot of breakthroughs in my work but also a lot of crisis in my personal life. I think everyone goes through that at college, you need that space to work stuff out.  It felt very safe and collaborative and it was a wonderful three years. As a young person, you are very open, you are like a sponge and you have the energy and vigour to embrace everything. And that’s what we did.

When I was there the training was very traditional – all the work we did was routed in the classical camp. The most contemporary play we tackled was Dangerous Corner written in 1937! I think this is because the training was rooted in the assumption that the main employer for first entry actors was the theatre. Now this isn’t the case anymore, I think statistically, a young actor today would expect their first job to be a screen job, either a movie, TV or commercial. But when I was a young actor film and TV was something you aspired too. You worked your way around the rep circuit for a couple of years, then came into town with a play if you were lucky. Now your work shifts between radio, TV, film, theatre -  the training enables you to stay focused and to stay on course.

What did you expect to do after graduating? Are you still doing that now?

Guildhall provides you with excellent foundations to be an actor. But once you leave it can be a bit scary. You have to make your own path. I was very lucky and I did get an agent when I graduated, one of the agents picked me up in a production of Rookery Nook, a Ben Travers Farce. The guy was a big agent, but I soon realised he had taken me on as a favour as the director was one of his clients and I didn’t get one phone call for a whole year! So I went back to the School with my best friend, Alan Palmer, (we met each other when we were 16 and we are still good friends now) and we made a show together a revue thing, sketches, patter, jokes. We took it back to Guildhall and we did it in the gymnasium for the current students and invited some agents, we treated it like a showcase trying to get work.

Luckily, I did get work. Now, I have been acting professionally for 45 years, and I have seen a lot of change in the profession. Our commitment to our craft, our contribution to society, the way society views us has changed. When Vanessa Redgrave became an activist in the 70s, it was such a shock. Actors didn’t do that. Now, we have much more of a public profile and platform and we can use that to galvanise change.

What advice would you give to students and alumni for success in life after Guildhall?

To the students who are enrolling on the Acting course, I can only advise you to throw yourself into it with absolute abandon. Those three years will be the most concentrated three years as your career as an actor, it’s the only time you have nothing else to concern yourself with. You have all the time to focus on your craft, your art -  make the most of it.

Did you attend Guildhall in the 1970’s alongside Alfred? We would love to hear your memories, pictures or stories and know what you are up to now! Get in touch: alumni@gsmd.ac.uk