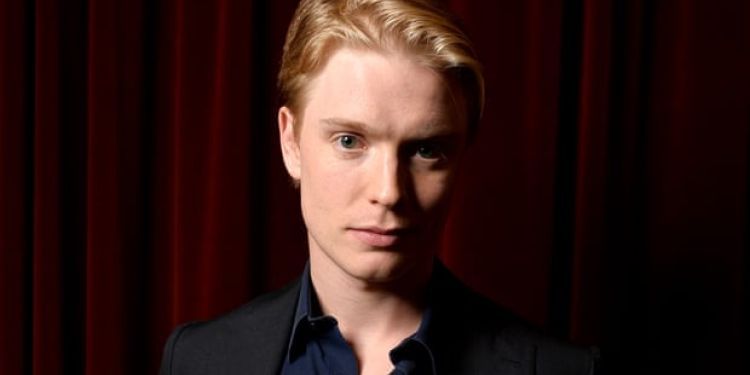 Freddie Fox graduated from Guildhall School in 2010, and has since appeared regularly on screen and stage, including roles such as Marilyn in the Boy George biopic Worried About the Boy, killer Jeremy Bamber in White House Farm and Freddie Baxter in the LGBT dramas Cucumber and Banana. Freddie also starred as Lord Alfred Douglas in The Judas Kiss at London's Hampstead Theatre, which transferred to the West End and toured the UK.

We caught up with Freddie to find out his favourite memories of studying at Guildhall.

I decided to apply to Guildhall because reputationally speaking it was one of the best drama schools in the world, certainly in the country. My godmother is a piano teacher at Guildhall so I had a loose connection with it there, and she really hoped I’d get in as I’d have the opportunity to work with musicians which is such a rare combination, and something that you wouldn’t get at other drama schools in the same way.

What were your first impressions when you arrived?

I remember arriving at Silk Street, I had already done my RADA and LAMDA auditions by then so Guildhall was my final, and I remember thinking, if I can get into this School, this is the one I’d want to go to. It was an instant sensation of creative industry all around you, there were a group of musicians going one way, a double bass coming another way, there were stage managers pulling bits of lighting another way and you could hear opera singers practising. It was exactly what I imagined drama school to be, and I didn’t get the same feeling from the other Schools I auditioned for.

Were you nervous at your audition?

I was, I don’t think you cannot be nervous, it feels like if this doesn’t work your life is over. It’s such a massive moment, you’re just doing your A Levels, there’s so much pressure on you. I thought, well if I don’t get into drama school, I will go to university and study history or something and it will be fine, but it won’t be what I really want to do. So I did feel nervous which was a good thing, as with acting, 50% of the job is nerves and how you use them.

I remember being told that I was getting recalled and the excitement and elation was just enormous, and I think the stakes rose even more when I came back for my recall. Luckily, I remembered advice from the panel in my first audition: listen, and to take direction rather than just doing it the way you’d planned. I tried to keep this in mind during my performance.

Did studying at Guildhall live up to your expectations?

It surpassed my expectations in every sense, I was very fortunate to go to a school that offered lots of extracurricular drama, and I directed plays and did drama festivals, and because I was keen and because there were opportunities I’d sort of risen to the top in that little bubble, so I was confident that I could act. But you arrive at drama school with people who are older than you with so much more life experience, so much more to offer, so much more natural ease and gravitas, and suddenly I realised that I was a child and I had so much to learn and I was not nearly as good as I thought I was! I learned as much from the people on my course as I did from the amazing teachers.

Were there any particular aspects of the training that you did (or didn’t) enjoy?

I found the first year quite hard, I was grappling with the feeling of not really knowing what acting is, and I was caught up in the feeling of desperately wanting to impress the teachers and my fellow students and prove that I was worthy of being accepted onto this course. I soon realised that it wasn’t about shining, it was about honing character, and listening and experimenting and getting it wrong as much as it was getting it right. I realised that only through willing to get it wrong would you ever end up with something that was worth watching. Fortunately, where I wasn’t feeling like the best actor, I was making amazing friends so that compensated for it. In the second year I really started to enjoy the course, we started doing musicals and comedy and I really started to embrace improvisation having always being quite nervous of it initially.

What elements of the training do use now that you are a professional actor?

I use the training all the time, I think consciously in times and subconsciously in others. Certainly when I do plays, my vocal warm up always begins with what I learned at the School. I go to the zoo quite a lot when I’m creating a character, and that was one of or very first projects at Guildhall (that I thought was ridiculous and a complete waste of time), and I’ve now used it many times on characters now. I think ultimately I always go back to what I learned at my first audition at the School, which was to listen and take direction and don’t be afraid to fail, because then you will get to the good stuff, the stuff that comes from accidents when you’re not afraid to get things wrong.

What advice would you give to young actors today?

I would also say to remember your individuality, your uniqueness and difference to every other actor is what’s going to get you employed. Nurture that, foster that, be as fascinated with all facets of the industry as you can, submerge yourself in all of it until you find out what your real creative artistic interests are.

What do you wish people told you when entering the industry?

There’s an innate positivity and thick skin that is inherently necessary at the beginning of your career. You have to really want it and not be deterred by a lot of rejection. I had a couple of early job offers that I took and accepted, and after that I didn’t work for six months and I was so upset about it. My dad gave me a good piece of advice which is that your career is quite like a dark, meandering country lane, illuminated by flashes of light from lampposts and cars coming the other way. There will be periods where there’s no light at all but you have to know that there is going to be, it will be around that next corner when you just don’t see it coming, and you just have to be ready when it does. I think that’s a great quality that Guildhall actors have, they’re ready and waiting to go, whether that’s reading Shakespeare in their spare time, putting together a great show reel, writing their own content or going to see loads of great work, so when they’re called upon they’re ready to seize the moment.