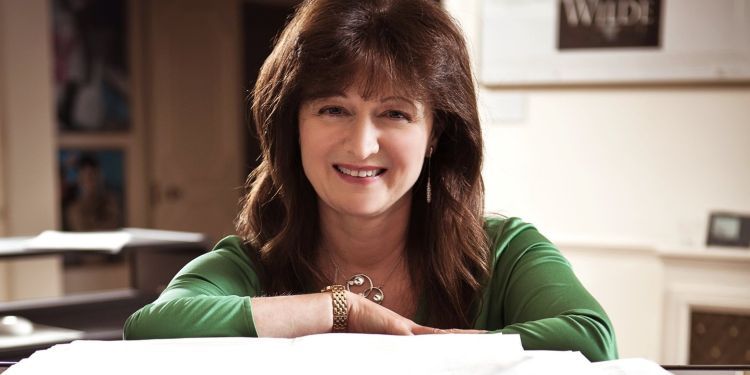 Debbie Wiseman OBE is a composer for film and television, as well as a conductor and presenter. Debbie has been nominated for a Grammy Award and two Ivor Novello Awards, and won a TRIC Award and two RTS Awards. In 2007, Debbie was awarded the Gold Badge of Merit by the British Academy of Composers and Songwriters, and in the 2018 Queen’s Birthday Honours list, she was awarded the OBE for services to music.

Debbie is currently Classic FM’s Composer in Residence and we caught up with her to find out how her Guildhall training kick-started her passion for composing.

I applied because I wanted to do Composition and Piano as a joint first study. I think I was the first person to study those two disciplines together, it wasn’t something that was regularly done. I knew that as a composer, being able to play your own music is very important, and I never had any ambition to be a concert pianist or a performer. However, I wanted my piano to be of a high standard so that I could play my own pieces and so I could realise them very easily. I did lots of research into the sort of teachers who were around at the time and I fell in love with the idea of studying with Buxton Orr as a composition teacher whose music I really admired, and James Gibb for piano. Lo and behold, both of those teachers were at Guildhall. It was always going to be my first choice because it had the Drama side too. I knew I wanted to write music for film and TV, and I knew Guildhall actively encouraged the composers and the Drama department to collaborate which sounded great, so it was an absolute dream come true when I found out I got in.

How did you find working with the Drama department when you arrived at Guildhall?

We were encouraged to mix with the drama students a lot. I had the opportunity of writing for their plays and end of year musicals which was unbelievably brilliant because it was not only classical music, you had this amazing introduction to other genres. My now husband of 33 years was studying on the drama course too! It was great to be able to write for the plays and to be involved with all of their productions, it was the most fantastic experience.

I was able to record a lot of the music I was writing because of David Foister. He was amazing because I was able to go to the studio and record and write songs. To get all of this amazing experience while I was still a student was wonderful. Learning about studio technique, how to record your music, how to use headphones, all of these things were so new to me, but they had become second nature by the time I’d left. So, when I went into a studio for my first time professionally, it wasn’t at all a new experience because I’d had all this training which was completely brilliant.

What were your first impressions when you arrived at Guildhall?

I loved it. It felt like the TV series FAME, I was absolutely in love with It from the moment I walked in, it was the best three years. Everybody was so enthusiastic, it was a delight to not only have such great teachers but to also have the opportunity to play in the orchestra, to do some conducting, sing in the choir, do concerts. It was such a broad, rounded experience. It wasn’t just going in and practising, it was about music making as a whole, and learning the skills that you require to have a versatile career in order to survive as a musician. I think that’s where Guildhall was so ahead of its time, it allowed you to experience all these different genres without ever setting one genre above another. You were encouraged to try all sorts of different things.

Are there another elements of the training that you still use in your career?

Everything! I went in at 18 without any knowledge and I left at 21 feeling like I could start my career. The main tools were discipline, to be able to collaborate, and to always make sure that the scores were complete and ready and correct. I learnt fantastic piano technique from James Gibb.

Did you find work easily after graduating?

No, it took a long time to build a career. When I left, my husband Tony and I worked as a function band, we played weddings and parties and corporate events. It was great because we did our gigs in the evening, and it left our days free to try and get work.  I would spend my days sending out show reels and it took a few years before I got any replies to my letters (this was before the days of email!), so it took a lot longer to get a response. It took a few years to get anything going. Eventually a director took a chance on me and hired me to compose the music for a Channel 4 film he was producing, which then resulted in two or three more projects from the same company and it wasn’t long before I had quite a few credits, and it started to build from there.

Do you have a favourite project or genre you enjoy composing for?

Every project is so different that you don’t really get a favourite, you’re always thrown into something new and that’s what I love about it. The first big film that I did was Wilde which starred Stephen Fry. That film has a particular place in my heart because it was a springboard for lots of other things. Working on Wolf Hall was amazing because of the reaction it got from everybody, I still get asked about it now which is great. Working with Will Trotter on things like Father Brown and Land Girls and all these lovely shows for the BBC, they’re so gentle and humorous and it’s great fun to work on them. Every project that I’ve worked on has created different music, you can be working on a costume drama, an action-adventure film or a comedy, and you’re always being asked to write new music for these things and I find it endlessly inspiring. There’s never going to be a time when you’ll repeat yourself because everything is different.

Do you have advice to budding composers today about to graduate from Guildhall?

There are opportunities out there for composers, but you have to be tenacious at finding them, and allowing your music to be heard by directors and producers because they’re the ones who hire the composers. Don’t be frightened of rejection because everybody gets rejected, even when you’re established, it’s part of the job. The successful people are usually the ones that can paper their whole wall with rejection slips, and the reason they’re successful is because they keep going.

You should also be able to listen and enjoy all different types of music, because you’re going to be writing in all different styles, so be open to world music, early music, jazz, rock, pop and classical, so you have a broad range and knowledge of music. Be prepared to work very fast, producers usually want the music quickly, so you have to get used to delivering on time and making sure what you deliver is the best music you can deliver in that time frame.