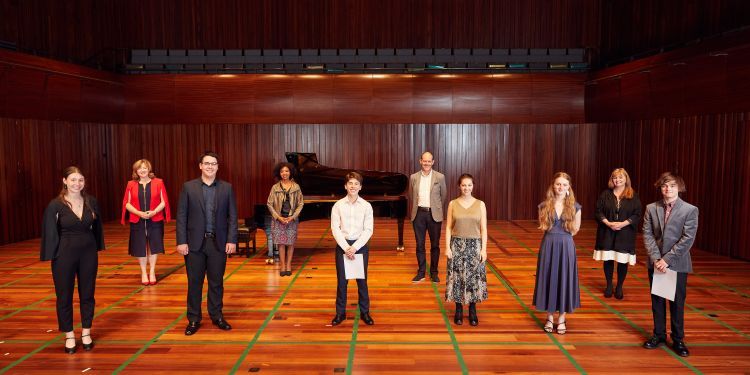 Six students are selected from a preliminary round to perform in the final and the winner is given the opportunity to perform a concerto with one of the Junior Guildhall ensembles, in addition to a cash prize.

The Lutine Prize was founded in 1982, originally supported by Lloyds of London, who named the competition after their Lutine bell. The bell was formerly rung at the insurers' offices to announce the loss of a ship or other news of great importance to the underwriters.  Previous winners of the Prize include Thomas Adès, Tom Poster and Annabel Thwaite, and many have gone on to have professional careers in music.