ResearchWorks: Towards the Evolution of Music 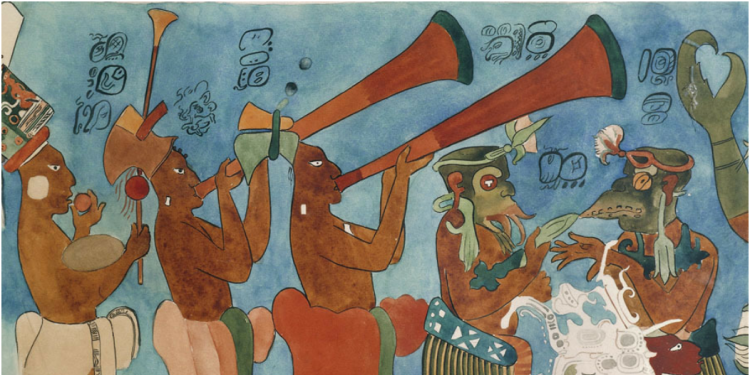 Music fills our lives. How we have created, performed and listened to music throughout history has defined what our species is and how we understand who we are. Yet music is an overlooked part of our origin story. This talk, based on Michael's bestselling popular book, The Musical Human, explores the vibrant relationship between music and the human species. Inspired by the ambition of Yuval Harari’s Sapiens, I will argue – against Harari – that music is actually older, deeper, and more central to our development than language. Hopping across musical civilizations in global history, and drawing on evidence from many disciplines, including biology, archaeology, anthropology and linguistics, I will outline a theory of musical evolution. Through this journey, we will begin to understand how music is fundamental to our distinctly human experiences of cognition and emotion, widening – and sometimes narrowing – the evolutionary gaps between ourselves and animals.

Michael Spitzer is Professor of Music at the University of Liverpool. He was educated at Merton College Oxford and Southampton University, and taught for twenty years at Durham University. A past editor of Music Analysis and President of the Society for Music Analysis for many years, Spitzer has written about a huge range of music from Beethoven to American indie, and is interested in how music intersects with other disciplines, including psychology, philosophy, anthropology and biology. He has written more than fifty articles and four monographs: Metaphor and Musical Thought (Chicago, 2004); Music as Philosophy: Adorno and Beethoven’s Late Style (Indiana, 2006); A History of Emotion in Western Music: A Thousand Years From Chant to Pop (Oxford, 2020); and The Musical Human: A History of Life on Earth (Bloomsbury, 2021). A History of Emotion was named a 2021 CHOICE Outstanding Academic Title by the American Association of College and Research Libraries. The Musical Human is being translated into thirteen languages and counting (including Chinese and Russian), has an audiobook read by Daniel Levitin, and was a BBC Radio 4 Book of the Week read by Simon McBurney.

ResearchWorks: Music at the Margins: Mapping Prison Music from the Periphery

This talk reflects on the role of music in Norwegian prisons, where music’s acoustic and social resonances become critically important.

How might research align with the people, places and events through which music therapy emerges?

ResearchWorks: Rauzzini: The castrato who fathered a generation of English singers

This ResearchWorks talk explores English and Italian singing styles in the work of castrato Venanzio Rauzzini, as well as his influence on his students.