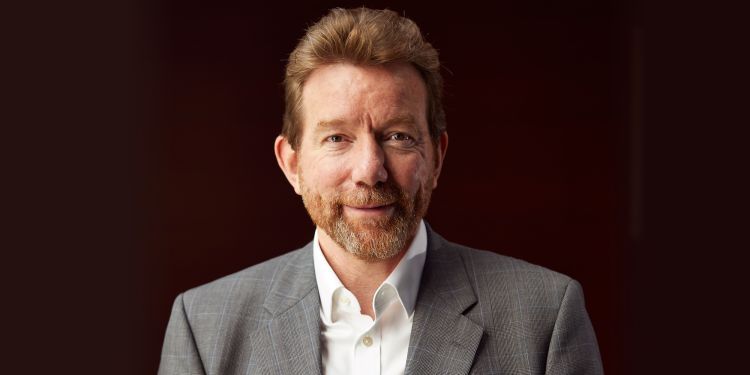 Professor Jonathan Vaughan, who joined Guildhall School 15 years ago as its Director of Music, has today been appointed as its new Principal.

Jonathan has been Interim Principal of Guildhall School since the retirement of Lynne Williams, who left in August 2021, after nearly five years in post. Jonathan starts as Principal with immediate effect and in due course, Guildhall School will undertake a recruitment process for a Vice-Principal and Director of Music to replace him.

“Following an extensive global search and assessment process, led by executive search firm Perrett Laver, I am delighted to announce that Professor Jonathan Vaughan has been appointed as the new Principal of Guildhall School of Music & Drama.

“In our view, the post of Principal of Guildhall School is one of the most prestigious roles in the UK’s performing arts world.

“I am confident that Jonathan’s passion for the School, inclusive leadership style, and vision for the future will equip him to lead our world-leading conservatoire to further successes, as we work towards the School’s 150th anniversary in 2030.”

“Since starting work at Guildhall School in 2007, I have loved the place to its bones, so it is an enormous honour and privilege to lead the School into the next chapter of its development. My thanks to the Chairman, Graham Packham, and the Board of Governors for offering me this wonderful opportunity.

“I am constantly inspired by the extraordinary work of our staff and students, and we have an exceptional leadership team with a clear, bold, and unified vision of our future.

“In a fast-changing society, our job is to create next generation artists, who are not only exceptional performers and makers, but global citizens, cultural leaders, and change makers. Guildhall School is ready to rise to the challenge.”

Guildhall School’s Principal provides strategic direction and leadership for the institution and ensures that the School’s business plan is implemented effectively, positioning and representing Guildhall School at a national and international level.

Reporting to the Town Clerk and Chief Executive of the City of London Corporation, which owns and manages the School, and responsible to the Board of Governors of Guildhall School, the Principal leads the Vice-Principals Group and the Senior Management Team.

Jonathan joined Guildhall School in 2007 as Director of Music and until recently, has acted as Interim Principal. He attended a comprehensive school in a heavily industrial part of the Midlands and attributes his career to the free music lessons he received at school which were provided by Leicestershire’s outstanding music service.

After studying double bass and piano at the Royal College of Music, he became a member of the London Symphony Orchestra for ten years, where he was elected Chairman in 1999. He went on to become Director of the National Youth Orchestra of Great Britain for five years, before joining Guildhall School. Jonathan is currently studying for a PhD on the subject of ‘Artistic Citizenship and Performance Excellence in Music Conservatoires’.

He is a Fellow of the Higher Education Academy and of Guildhall School, and was conferred the title of Professor of Music at Guildhall in 2021. He has been a Governor and board member for many arts organisations, and currently sits on the Young Classical Artist Trust and the Mendelssohn Boise Scholarship Foundation.