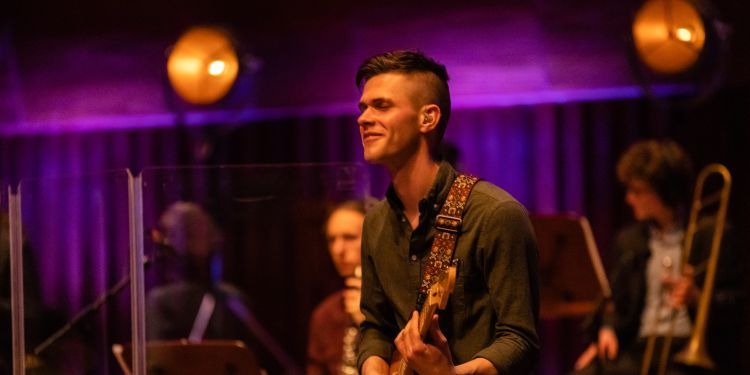 The Guildhall Studio Orchestra welcomes 2023 with a performance of Scorched directed by Scott Stroman.

Scorched was the result – the title is a derivative of ‘Scofield Orchestrated’ – though the work goes beyond simple arrangement. Rather it is the synthesis of two composers' highly individual but ultimately compatible musical worlds.

“[Scorched] is a ground-breaking triumph... an artful fusion of genres that preserves the blistering dynamism and improvisational essence of jazz while deftly and imaginatively drawing on the resources of a large symphony orchestra." – Chicago Classical Review

Get priority booking for outstanding performances & access to exclusive events

Join us for a celebratory showcase of the talents of Guildhall Jazz department's sensational vocal groups.