This six-week evening course is a hands-on exploration of the core principles of the Stanislavsky system and how those can enrich your acting practice. 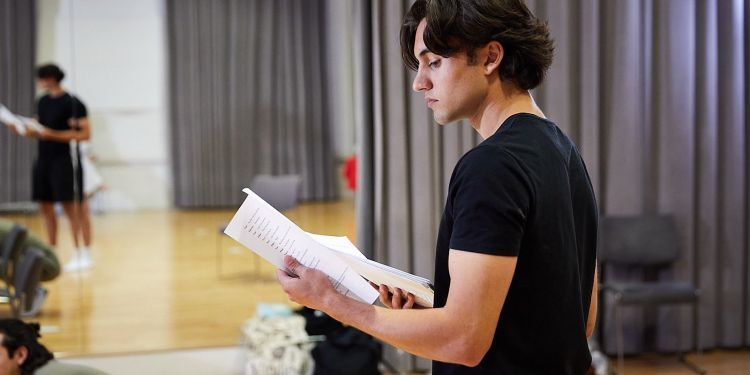 About Stanislavsky: A Practical Introduction

This six-week evening course will equip you with acting techniques set out by Konstantin Stanislavsky, considered the father of modern acting. The course, which will encourage you to build and develop character through exercises created by Stanislavsky, is designed to take the fear out of what can sometimes come across as a daunting system.

You will be encouraged to have fun through play and imagination and will leave at the end of the six-weeks with a new-found confidence for how to approach a character from scratch.

Anyone who wants to learn about Stanislavsky’s acting techniques and how to put them into practice.

Professional actors and passionate amateurs are equally welcome. Your level of acting is not as important as a willingness to participate and try out the exercises.

This will be a very practical class and acting will be required in the room, whilst discussions will be strongly encouraged. Scenes will be set in advance.

You can expect to:

Attendance of all six sessions is strongly recommended to allow progression of learning and for the benefit of the group as a whole.

We will be using The Seagull by Anya Reiss as a set text. You will need to source your own physical copy or an electronic format of the play to participate in the course.

The course is taught by Polina Kalinina and Emma Jude Harris.

Polina Kalinina is an English/Russian freelance theatre director. She trained at LAMDA and made her professional debut at the Orange Tree Theatre with Dutchman starring Paapa Essiedu and Sally Oliver.

She has directed and taught at East 15, Guildhall, Central, Mountview, the Oxford School of Drama, and the Ekaterinburg State Theatre Institute. New plays, operatic visuals, precise anarchy and large-scale ensembles are at the core of her practice.

Emma Jude Harris (she/her) is a Jewish American director, dramaturg and researcher. She works across forms in opera, early modern theatre, new writing, and music theatre to develop new work, dismantle notions of genre, and interrogate the canon. She has directed and taught at drama schools including RADA, Rose Bruford, Oxford School of Drama, Central School of Speech and Drama, and LAMDA. Emma is co-director of Global Origins, a network and platform for international, multicultural, and diasporic artists.

Reading Theatre: A Play a Week